Join 2,552 other followers
The Wheel of The Year

Bealtaine and The Feast of Our Lady

Merry Meet to all on this fair May Day Morn, 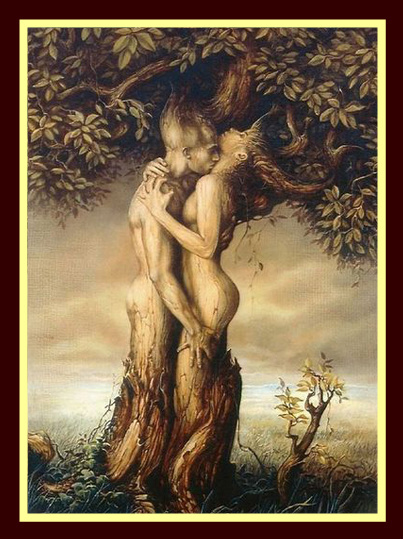 Today, May 1st, brings back so many memories of my young school days. May was an exciting month in school in Ireland as there was much ritual and colour associated with it. In my young innocent days, all tradition in school revolved around the Catholic Religion, and for this month I do believe the nuns came into their own. May was devoted to Our Lady, Mary, mother of God and therefore, even though the nuns of my childhood days, those virgin brides of Jesus, bore no resemblance whatsoever to women, or were remotely feminine, somewhere deep down inside, buried under the layers of their heavy, dark, floor-length habits, hard rigid wimples and grim reaper like veils, beat the instinctual cellular memory of their gender. Beaten out of them by a patriarchal religion and powerful male catholic hierarchical system, women rarely got a look in other than to dress the altar, polish the brass candlesticks and provide free tea and lunches to their Parish Priest. Women followed the rules and regulations laid down  for them by the Priest who pontificated from the pulpit each Sunday. These Priests in turn following the laws carved in stone by the Vatican with its heartless and soulless Popes, more concerned with their own self-importance and egos than the genuine interests and needs of their flock, absolutely believed that they were the voices of a God who placed the male as King and the female as his servant or slave.

A typical Nun’s attire of the Past

Nuns did the Priests’ and Bishops’ bidding and were expected to fuss, stress and panic whenever one visited the school or their adjoining Abbey. The nun’s usual terse, cantankerous and bitter stance towards us, and life in general, soared to new heights of rigidity and aggression when either of the above were due to pay a call. As children we were conditioned and programmed in the preceding days to be on our best behaviour (as if we ever had the nerve or courage to be anything else). The fear of God was put into us with threats of beatings and even worse should we show them up in front of some pompous white-collared or pointy-hatted representation of the Lord himself. 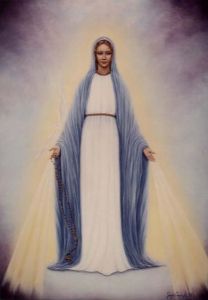 Statue of Our Lady

But with the approach of May, the nuns became girlish like, even skittish at times and were sometimes seen to break their thin and tight, frigid lips into the weakest of smiles. Such un-nunly like behaviour was immediately taken advantage of by us young girls. We would relax and even dare to walk on the wrong side of the corridor, or worse still, run past a nun who would not notice this blatant breach and defiance of school rules. So intent were they on arranging the May Day Procession and May Altar in the main lobby area that they barely took notice of us. This was the one time of the year they had a legitimate chance to vaguely express their womanly selves; to think of colour, style, what sort of flower arrangement would look best, which vase would suit? Unable to do likewise for their own dress, hairstyle and colour, shoe height or hem-length, they threw the little that was left of their femininity into preparing for the glorious occasion of Bealtaine, The Feast of our Lady.

Categories: The Wheel of The Year, Uncategorized

Tagged as: Bealtaine, Celtic Pagan Traditions, Fire Festivals, First Day of Summer, May Day, The Feast of Our Lady, The Triple Goddess, The Wheel of The Year