Hi To All My Tarot Friends Around The World, 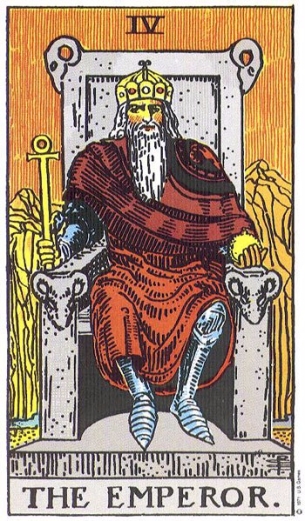 Just a quick post to let you know I have added a significant amount of new content to The Emperor’s Page.  I have been busy re-working the information on The Upright Emperor which you will find is more in-depth and covers a wide area of analysis and interpretation which I hope you find enjoyable and useful to your study of Tarot.

I bring this to you from my hospital bed today as I am in for some tests and MRI’s. As with all hospitals, there is much time spent waiting around, so I asked if I could bring my laptop with me and do some work. I had wanted to get The Emperor content published before now, but I have been tied up with hospital appointments and other business which has continuously pulled me away from my work. This morning I have finished off the last few bits and pieces and am keen to get it published before anyone comes to wheel me away. I may fiddle around with it again later, but for the moment I will let it be.

Next on my list is The Emperor Reversed, followed by the Upright Hierophant and then back to The Wands Encyclopedia of Love & Sex – The Six of Wands, which is approximately a third completed at this stage. In the background I have been working on The Love & Romance Associations for the Major Arcana which will be released as a series of weekly posts once I have a sufficient number completed.

I will also be catching up on outstanding correspondence today, so apologies for my tardy response in last few weeks. 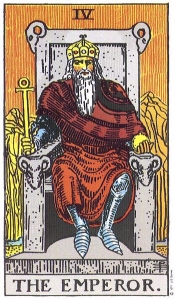 In general, The Emperor appearing in a reading suggests a period of great stability and security in your life.  You are on top of things and have everything under control.  Keep up the hard work,  stay focused and let nothing stand in your way. Self-discipline and a practical approach will lead to great success. However, do not lose sight of the simple things in life and become too serious.  Make some time for fun.

Where stability is concerned, the Emperor may appear as a symbol of craving in your reading if your life is far from orderly. Chaos and upheaval may rule and you find it increasingly harder to find your feet in the midst of it. You desperately want things to settle so that you can stabilise and get your bearings, but it doesn’t seem possible. The Emperor asks you to reflect on why your life is so disorderly. Is it something you are contributing to, or perhaps it is coming from an external influence? Was your life orderly in the past? What happened to turn it upside down. Is there an end in sight? What or who do you think is exacerbating the situation? How do you bring it under control?

The Emperor is a card for victory and success, although it may be hard-won. His presence in your reading can act as reassurance when you are beginning to doubt your capabilities, feel victory is going to pass you by, or go to……………….Read More

Go To The Emperor Upright