The Queen and The Soldier – Tarot Tales

The Queen & The Soldier

Featuring, The Queen of Swords and The Knight of Pentacles

This song was playing over in my head while I lay in bed last night. The Queen and The Soldier by Suzanne Vega It is an old favourite of mine but haven’t heard it in some time. While I sang it to myself, I thought how superbly a young Queen of Swords and The Knight of Pentacles might fit into this story line. The cold, aloof and calculating woman who puts her duty and crown ahead of her feelings for the lovely young Knight who has been the Queen’s loyal Champion for so long. He has worshiped her from a distance, and wants to love and protect her, yet she keeps him at arm’s length. She is the Queen and he The Solider. Regardless of the distance that lies between them, we get the impression of a connection somewhere in the past, even if she refuses to acknowledge it. Behind her controlled and disciplined appearance we can tell that her heart aches for him, yet she pretends to but vaguely recognise him when he comes to her door.

The young woman takes life and her Queenly duties very seriously. To drop her guard with this Knight would be a sign of weakness on her part. That she will not tolerate for she has vowed allegiance to the throne.  The Knight wants more from life, and from her. He is no longer content to keep doing her bidding, fighting her painful battles, without getting something back in return. He is tired of her mind games and strange ways. He wants to know why she lives as she does? He has watched her for so long, patiently waiting for the frost to thaw from her heart so that it may open to him. He has given her enough time and arrives at the fortress castle to declare his feelings, and ask her to explain hers. He has nothing to lose anymore. He must know once and for all. He is not sure why he loves this young Queen for she can be cruel and clinical in her dealings.  He is not sure if he has ever seen her smile or heard her laugh. He believes she carries a deep sadness inside her and longs to heal it. He knows she projects her inner pain into the pointless and futile battles he fights on her behalf. He wonders why she goes to such extremes and he is sick of it all. Why not seek friends instead of accumulating enemies? Why can she never be at peace?  He is aware how important her throne is to this Queen but holds on to the slight glimmer of hope, that she may, for one moment, step down from its cold embrace and meet him as his equal and not as his superior. He wants to look straight into her eyes and challenge them not to reflect back the desire he knows burns within. He wants to understand her for it makes no sense to him.

Will the Queen let her crown slip for even the briefest of moments? Will she think him lowly and dishonorable? Will she allow him step over the invisible line drawn between them?  All he wants is one look from her, an acknowledgement of their connection so that his body, mind, heart and soul can be at peace.  He is not prone to taking such risks but he can no longer continue living as he does. He seeks stability and security, to love and be loved back in return. He wants to live an honest life. He needs to know why it is that he loves her? To him it is simple and straight forward, but he is not fully aware of how complicated this young woman is. The Knight has held out for this woman, he has not behaved like the other Knights. He has set his sights high and has saved himself for her. If it is all for nothing then he must know now. If she spurns his advances he will move on in life to someone who values what he has to offer. How will she receive the Knight when he approaches in this manner? Will he be rewarded or punished for his bravado? Will he get an answer? Will she be receptive, or view his actions as treachery and draw her Sword? Will she choose her heart over her head?

The Queen for a moment is caught off guard and allows her crown to slip. She attempts to explain her life to the Knight but quickly recovers from this lapse in emotional discipline. She has already revealed too much, too many dangerous secrets she needs to guard closely. This honest young man would never understand the sacrifices she has made to secure her throne. She can never dare tell. She closes herself up like a fan and refuses to look at his face again. The severest aspect of the Reversed Queen of Swords surfaces as she forcefully closes an iron clamp around her heart. She does not like the feelings that have been stirred up by this Knight for they do not fit with the image she likes to portray. She cannot permit such disobedience and disrespect. The Queen callously gives no indication of her intentions. She asks the Knight to wait outside for a moment. The Knight may believe that she is giving some thought to his words and becomes hopeful. Before the door has closed on him, the Queen has already decided his fate. Her mind is made up. He was a mistake that should never have happened. She will see to it that the matter is rapidly brought to an end. With the ink flowing from her quill, she signs his death warrant with one flick of her wrist. It is done. Business as normal resumes for the young Queen who will be more careful the next time. There is too much at stake.

I chose the Knight of Pentacles out of all the Knights for he loves her not in an adventurous, romantic or logical manner. It is a love that has grown over time, patiently cultivated and nurtured. He see something in this Queen that others may not see, but he can no longer bear the pain of her energy.  If only she had been The Queen of Cups at the door, he may have stood a chance. The Queen of Cups would have thought it such a romantic gesture. Had it been the Queen of Wands, she would have sought him out instead and thought it quite thrilling. The Queen of Pentacles would have asked him to stay for supper so that she could explain to him how impractical a relationship between a Queen and Solider might be.

Of course you may have your own interpretation for this song. You may associate it with another story and other Court Card personalities. It is an interesting exercise. 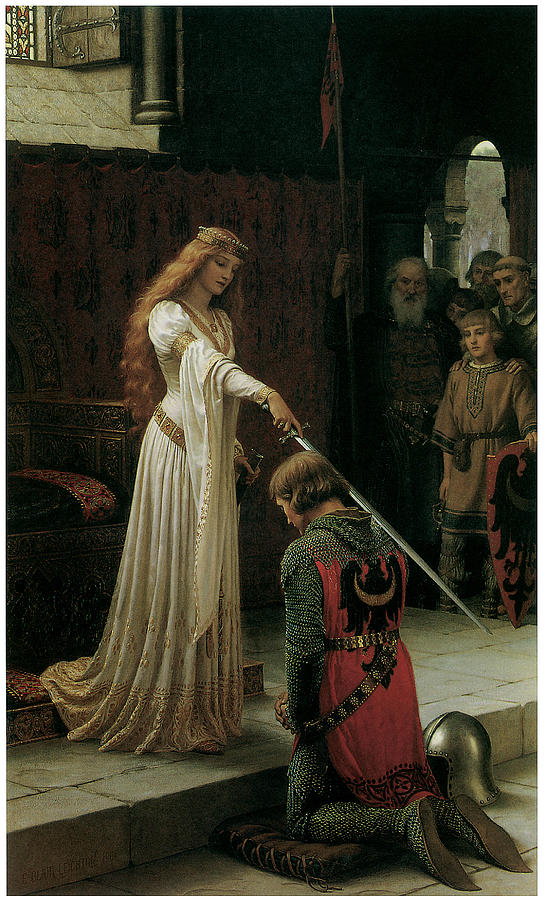 The Queen and The Soldier

The soldier came knocking upon the queen’s door
He said, “I am not fighting for you any more”
And the queen knew she’d seen his face someplace before
And slowly she let him inside

He said, “I’ve watched your palace up here on the hill
And I’ve wondered who’s the woman for whom we all kill
But I am leaving tomorrow and you can do what you will
Only first I am asking you why”

He said, “I see you now and you are so very young
But I’ve seen more battles lost than I have battles won
And I’ve got this intuition, says it’s all for your fun
And now will you tell me why?”

Well, the young queen, she fixed him with an arrogant eye
She said, “You won’t understand and you may as well not try”
But her face was a child’s and he thought she would cry
But she closed herself up like a fan

And she said, “I’ve swallowed a secret burning thread
It cuts me inside and often I’ve bled”
And he laid his hand then on top of her head
And he bowed her down to the ground

“And tell me how hungry are you? How weak you must feel
As you are living here alone and you are never revealed
But I won’t march again on your battlefield”
And he took her to the window to see

And the sun, it was gold though the sky, it was gray
And she wanted more than she ever could say
But she knew how it frightened her and she turned away
And would not look at his face again

And he said, “I want to live as an honest man
To get all I deserve and to give all I can
And to love a young woman who I don’t understand
Your highness, your ways are very strange”

But the crown, it had fallen and she thought she would break
And she stood there ashamed of the way her heart ached
And she took him to the doorstep and she asked him to wait
She would only be a moment inside

Out in the distance her order was heard
And the soldier was killed, still waiting for her word
And while the queen went on strangling
In the solitude she preferred, the battle continued on

The Queen of Swords    The Knight of Pentacles 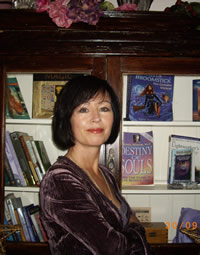